You already have in your basket, do you want add more?

The Beginners’ Guide to Metal Detecting

How to Get Started with a Metal Detector

Metal detecting is fun for all ages. There’s nothing quite like going out on your very own treasure-hunting adventure – it’s just as rewarding for adults as it is for kids! However, if you’ve never picked up a metal detector before, it might all seem a bit like an alien language to you. How do you set your metal detector up to give you the best chance of making a find? What do the various beeps and moving needles all mean? And what should you look for in your first metal detector? We’ll answer all of these questions and more below, so keep reading!

Before you get into the nitty-gritty of metal detecting, you actually need to choose your metal detector! Here are a few different things you should look out for. 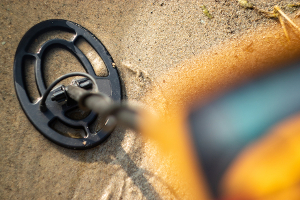 Will you be using your metal detector, or will the kids be using it? Most likely, it’ll be both. You need to make sure your detector is suitable for all ages and is height-adjustable. Most entry-level models will have an adjustable stalk so both children and adults can use them comfortably, but it’s worth confirming before you buy.

Where will you be using your metal detector? This is an important thing that many people don’t consider! As we’ll go into later, metal detectors work differently on different kinds of terrain. If you’re using it on sand, it’ll work a bit differently to the way it does on rocky earth. This is because the signal from a metal detector can travel further through loose surfaces (like sand or loose earth) than it can through hard surfaces (like rock). 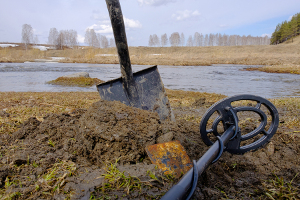 When it comes to treasure hunting, you’ll need more than a metal detector to run a successful expedition. You’ll also need a trowel, a storage bag for your finds, a pickaxe for harder terrain, and some headphones (so you can hear where the signal is strongest – especially useful on windy days!). All of this adds up to a few extra costs on top of the purchase of the metal detector itself, so bear this in mind. Of course, you could simply pick up a metal detecting kit that comes with all of this stuff included and save yourself some money!

This is one of the most important things to look out for when it comes to metal detectors. How deep does its signal go underground? In an entry-level model, you want your maximum depth to be at least 13cm underground. This is deep enough to find some surprisingly interesting things! Obviously, models with a higher detection depth are usually better, but they’re usually more expensive. Between 13-16cm is a good detection depth for novices – it’s deep enough that you’ll actually be able to find things without costing an arm and a leg! 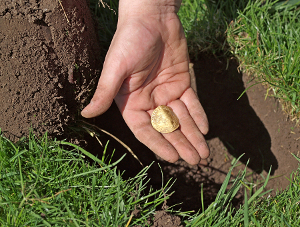 There are tons of great finds buried out there, waiting for you to dig them out of the earth. There’s also a lot of junk buried out there, too! Luckily, there is a way to tell the trash and the treasure apart – pick up a metal detector with discrimination. This is a setting that basically allows you to set how picky your metal detector is. At low discrimination, your detector will pick up tin cans the same as gold coins.  As you increase the discrimination setting, it’ll start to reject the junk by sending out a negative signal. Of course, if you increase the setting too much, it’ll actually reject some valuable metals, so you’ll need to experiment a bit.

A good test is to scatter a few different metal objects out on the floor. Choose a good variety – you want junk like tin cans and foil as well as valuable stuff like coins and rings. Run your metal detector over each of them once, then increase your discrimination setting slightly and do it again. Keep doing this and you’ll soon learn what the perfect settings are for your metal detector and what all the different signals mean.

The more sensitive your discrimination setting is, the more effectively you’ll be able to filter out the junk and focus on the treasure!

Metal detecting is fun but it can be complicated, especially when you’re just starting out. These tips will help you get started on your treasure-hunting adventure!

The most important rule of metal detecting is to make sure you’re actually allowed to dig in your chosen spot. If it’s owned by somebody, always ask permission first. This is just common courtesy and can avoid some pretty messy situations – see the “Big Metal Detector Finds” section below for some examples!

It’s worth pointing out that it’s completely illegal to use a metal detector in some places – for example, on Ministry of Defence land – so it’s always a good idea to double-check where you are before you start digging.

Look at Some Old Maps 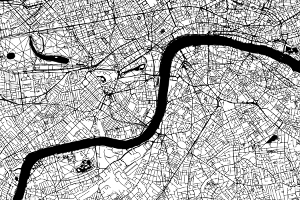 The country today looks very different from the way it did just a few decades ago. If you’re struggling to think of a good place to go metal detecting, a good idea is to dig out some old maps and see what’s changed. You might find that some old roads and villages have completely disappeared – swallowed up by the woodland and countryside. The relics of these old places could be buried just a few inches below the surface, so do some research and get out there! This is a great way to get kids interested in local communities and history.

At least, you shouldn’t clean them right away. If you find something exciting, treat it very carefully and don’t use any cleaning chemicals on it. Take them home and use a soft brush to gently clean off any muck. Don’t wet them and definitely don’t use your saliva to wipe them clean! A lot of these old finds are incredibly fragile, so even the slightest thing can damage them.

It’s easy to get wrapped up in the excitement of treasure-hunting, but not every expedition is going to be some Indiana Jones-style thrill ride! Your first few trips out might be disappointing as you get to grips with your new metal detector, but stick with it! Metal detecting is a skill, and like any skill, it takes time to learn. All those tin cans and zippers will be worth it once you find your first old coin – it’s a special feeling!

It’s easy to get discouraged if you return from your first trip out with only a bottle cap and a bit of cooking foil. Don’t be too put off, stick with it – next time you could find something like this!

An amateur metal detector found a hefty gold nugget while he was out hunting in western Australia. The nugget was worth around A$100,000 – that’s over £54,000! 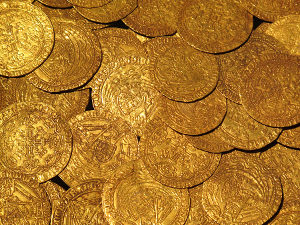 The summer of 2009 got heated in more ways than one in the Staffordshire village of Hammerwich. When a metal detectorist got permission from a local farmer to go treasure hunting on the farmer’s land, neither of them could have expected what was to follow. Buried beneath the ground was over £3m worth of Anglo-Saxon gold, silver, and jewellery. Even more finds were discovered on the same site over the next few years, meaning the total is even higher today! As per the law, the money from the find was divided up between the farmer and the metal detectorist, but the two men ended up having a bitter falling out over it. Both men claimed that the argument was so bad they wished the hoard had never been found – wonder if they meant it?

This unbelievable find was discovered on the small island of Jersey. After a local farmer found some ancient silver coins in a hedge in the 80s, two metal detectorists spent the best part of 30 years trying to pinpoint the rest of the hoard. In 2012, they finally struck lucky, finding a stash of over 70,000 Roman and Celtic coins. This giant stack of coins is so massive it’s still being carefully excavated to this day, with its total value estimated to be between £7m and £14m.

This beautiful chalice is made from silver and copper and dates back to the 8th or 9th century. It was found by amateur metal detectorists alongside other valuable artefacts such as a strainer and a silver bowl in a hoard worth over £5m, but the metal detectorists only (“only”) saw £50,000 of that money. Why? They hadn’t asked for permission to dig on the land, so the find was confiscated from them.

One of the biggest finds of all time was discovered with special underwater metal detectors in 2007. In the early 1800s, a Spanish galleon was sunk by the British navy off the coast of Portugal. The ship – and its massive hoard of gold coins – lay on the ocean floor until an American treasure-hunting company found it. The hoard was worth over $500m (£314m), so they wasted no time in taking it back to the USA! Unfortunately for them, the Spanish government had other ideas, and they launched a long but ultimately successful legal battle to reclaim their lost treasure. In 2012, the gold was returned to Spain.