You already have in your basket, do you want add more?

How Do Air Coolers Work? 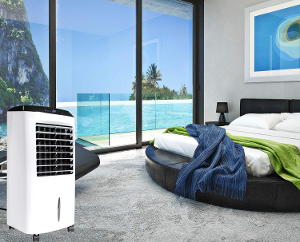 Air coolers are a great way to keep cool in hot weather. They have more cooling power than fans and don’t cost anywhere near as much as an air conditioner.

You might think so as they both blow cool air out into a room, but they’re actually quite different! Air con units use refrigerant gas to quickly chill the air the same way your fridge does, so they provide an ice-cold blast of air. The downside of this is that the machinery needed to do this is bulky, heavy, and very expensive!

Air coolers use a natural process called evaporative cooling to chill the air. As a result, they don’t use any complex machinery. This means they cost much less and are smaller, lighter, and more portable! They also use much, much less electricity, so they’re eco-friendly and cheap to run. They don’t have the same cooling power as an air con and you shouldn’t expect them to, but they still provide more than enough chill for most homes and offices!

What is Evaporative Cooling? 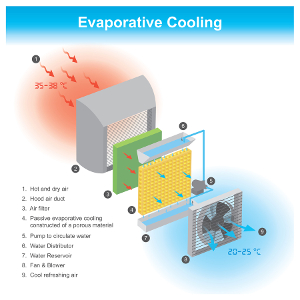 Evaporative cooling happens when air moves over water. When water evaporates, it sucks some of the heat out of the air. This is why the wind feels so cold when it blows in from the sea! Air coolers are also known as evaporative coolers because they use this natural process to chill the air, giving you a more refreshing breeze.

How Does Evaporative Cooling Work in an Air Cooler?

An air cooler has three main parts; a water tank, an absorbent sheet, and a fan. You fill the tank with cold water and let the absorbent sheet soak it up. As the water evaporates from the sheet, it cools the air around it. This newly-cooled air is blown out into your room by the fan for a natural, refreshing breeze!

Our air coolers also contain a secret weapon; they all include two free ice packs. You can freeze these and pop them in the water tank to chill the water even more for more powerful cooling.

How Do I Clean My Air Cooler? 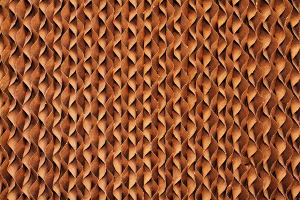 Air coolers are much less complex than air conditioners, so they need much less maintenance. All you really need to do is ensure you change the water in the tank daily. This will prevent the water from becoming stagnant and prevents bad smells from building up!

Every now and then, you might also need to clean the absorbent material inside the unit. If you use it a lot, it’ll be wet most of the time, so it could start to smell a bit stale. Most air coolers allow you to remove this material so you can clean it (MYLEK air coolers let you simply unscrew the back panel and slide the sheet out). Gently wash the sheet with warm water and some sensitive dish soap and allow it to dry thoroughly to clean out any musty odours.

Does It Matter Where I Put My Air Cooler?

Unlike air con units, air coolers don’t have an exhaust so you don’t need to put them right by a window. However, you might find they perform better if you do! Putting them near an open door or window helps it circulate that cool airflow around the room. This is good when you want to keep a whole room cool. However, if you only need to keep yourself cool – for example, if you work in an office cubicle – then feel free to place your air cooler next to you.

What Happens If I Don’t Fill My Air Cooler with Water? 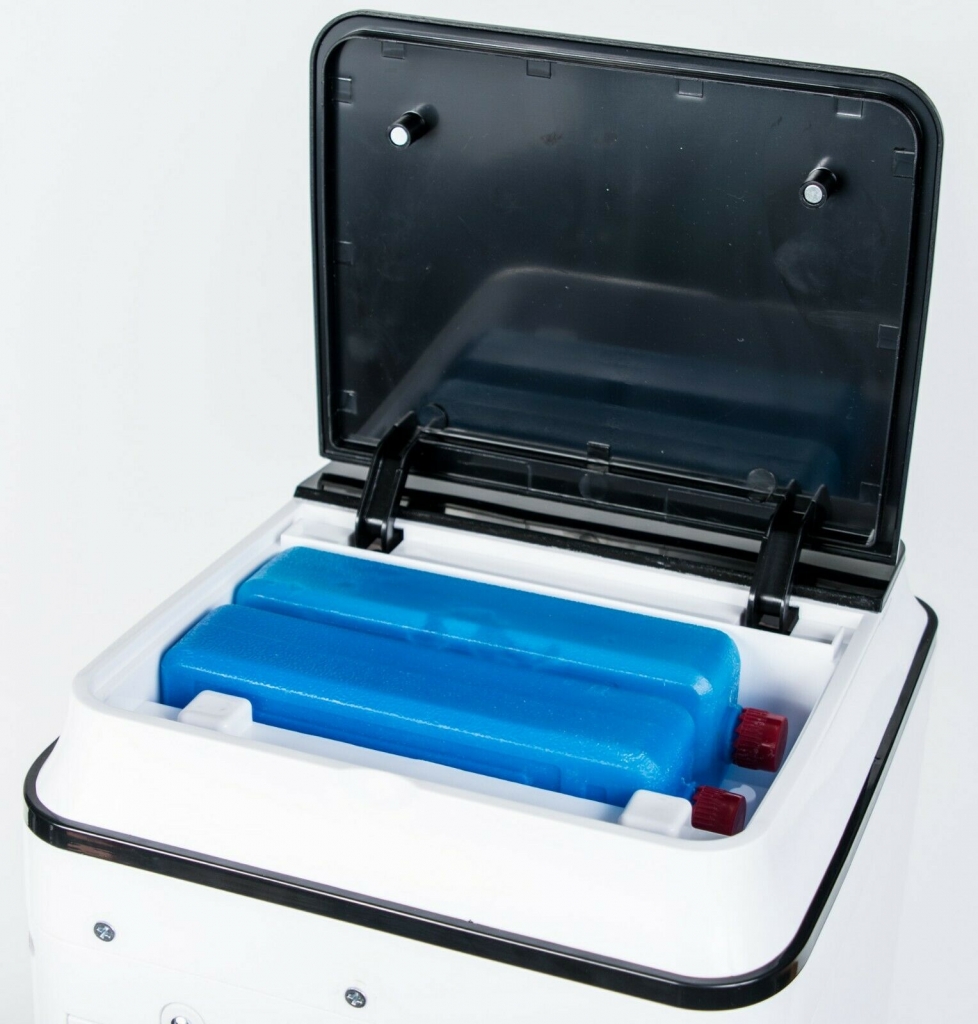 This depends on the air cooler you have. Most use some sort of water pump which can be damaged if you run it without filling the tank. However, our air coolers have a “cool” button which lets you switch between the air cooler mode and a fan-only mode. When you press that button, the water pump shuts off, meaning you can use it as a normal fan. This is good for those days when it’s not quite hot enough to warrant that extra cooling power!

Do Air Coolers Humidify the Air?

You might think that humid air is uncomfortable and stuffy, but it can actually be really refreshing in some circumstances. The stifling heat that people associate with high humidity usually only occurs when there isn’t much wind, resulting in the air becoming hot and stale. If you can keep humid air flowing around a room, it can offer some surprising health benefits. It can reduce the risk of catching diseases and help moisturise your skin and hair. If you have sleep issues, it can also help you sleep as it’ll stop you from getting a dry throat in the night.

As air coolers use evaporated water to chill the air, the breeze they produce is naturally full of water vapour. While this air is high-humidity, it doesn’t make you feel uncomfortable as the airflow is constantly moving. This means you get all the benefits of humid air while still staying cool and refreshed!

Some MYLEK Air Coolers Have an Ioniser. What Does That Do?

Have you ever noticed that the air always feels fresh when you’re at the seaside or just after it rains? There’s a reason for that! When water droplets collide with each other or with a hard surface, they generate a negative electrical charge which attaches itself to the oxygen atoms in the air. These atoms are negative ions. This is quite complicated and it sounds quite bad, but don’t worry; negative ions are actually really positive!

One big benefit of negative ions is that they purify the air by clinging to pollen, dirt, and other bits of pollution. This makes these tiny particles heavy, so they stick to the floor and other surfaces. It’ll help reduce the spread of bacteria and disease, too! In addition, they’re proven to boost your mood and improve concentration. All of this is good news whether you’re at home or at work as they keep you happy, relaxed, and focused. MYLEK air coolers contain an ioniser which adds these refreshing ions to the air, meaning you can feel the benefit every time you switch it on!

How Much Energy Do Air Coolers Use?

Most good air coolers use around 70-80W of power. This means you can usually run them for around 1p per hour!